We are officially inside one month until launch. Since I will be departing to do the Veterans Charity Ride to Sturgis in late July, and the 2hearts1horizon trip starts as soon as I get back in mid-August, it means the bike needs to be ready, most of our gear needs procured, and I have to have my stuff sold or into storage by July 15.

We’re working out what we need and don’t need as well as prepping the bike and making it road-legal. I want to share some of our prep work in getting 5-months of gear to fit into a motorcycle sidecar outfit, but first let me share a bit about the bike itself

Of The Wings That Raise Us

The biggest obstacle right now is the bike. Being a Honda Goldwing, it’s a reliable design, but it’s also 30-years old and dragging along a massive sidecar. Overall she’s in good shape, but we are about to take it on a 10,000-mile trip with it. Having 95,000 miles on the clock already means it must have a thorough going over. Most of the things I’ve checked have turned out to be good, such as the brakes, electrical system, and the cooling system.

The real short-coming is the suspension in the rear of the bike. Honda chose to use a regular shock absorber on the left side and an air-suspension on the right side. This lets you– via an onboard air compressor– add extra stiffness with the press of a button when you have a passenger or luggage. The downside is there is only one actual shock absorber to do the job of damping, i.e. stopping the bike from going like a pogo-stick after hitting a bump.

The easiest solution is to buy off-the-shelf replacements, removing both shock absorbers and replacing them with new units.  Those are on order so we’ll have to wait and see how they work.

Since we have a sidecar and the bike doesn’t lean, I replaced the rear tire with an automotive tire. It lasts longer and runs cooler, but it does not have the stiffness of a motorcycle tire, making the pogo-stick effect even worse.

I wanted to fix this by having longer, custom-built shocks made, but the price is nearly $900. Remember, this whole trip is done on a shoestring budget. The bike was donated to me from the Veterans Charity Ride (VCR), so our only cost is prepping the bike and the actual costs of being on the road, camping and cooking most of our own meals.

Being an experienced mechanic made me an obvious choice for this bike, since I can prep and maintain it myself. Other machines that VCR has donated to disabled or amputee vets are much newer– sometimes brand new– but me and the old Goldwing are well matched, since we are both a bit creaky but still strong enough to get the job done. Well, that and my 10-plus years of experience riding and racing sidecars.

So, in short, the bike will get sorted out. It’s just a matter of time and ingenuity. Fitting our provisions is actually more worrisome than prepping the bike itself.

Gearing Up For The Ride

Some people have been asking how they can help us out, with offers for a place to stay, a garage to do an oil change at while on the road, or some camping gear they have gathering dust in the garage. These are all very welcome.

To help make it more seamless for those who want to lend a hand, I build an Amazon Wishlist. Some friends and family have just bought new items right off the list and sent them to us, but items we need don’t have to come right from there. If you see something on the list you already have lying around and want to donate, that saves us having to buy it or hunt for it on Craigslist.

We also have a map of possibilities we created to show people the vague approximation of our route. We’ll be starting here in Oakland, CA, by visiting the grave of George Wyman, the first persont to cross the United States with a motor vehicle. His 1.25hp motorcycle was far more modest than our massive, 1,400lbs sidecar rig, but we admire his spirit and want to hit a few of the towns he stopped at on his trip.

Our route though will take us north first, through Oregon, down to Yellowstone, then through Wyoming into Colorado. From there we will wander up towards Canada at the Wisconsin border (assuming the border is open by then), reentering the US in Vermont. We’ll wander inland until turning to meet friends in New Jersey, then bee-line for the Great Smoky Mountains and Asheville, NC.

From there we head to the North Carolina coast, following the coastline to the Florida Keys. We’ll continue the coastal run all the way into Texas, where the plan turns to mush and will be based on what the weather is like in late December, and what Mexican auto insurance runs for a sidecar. It’s likely we’ll run along the southern US border and up to Los Angeles, where I have many friends I’ll need to catch up with by then. Time will tell.

So, if you want to meet up and do some riding or camping with us, or if you have a piece of backyard we can pitch a tent or get a shower, we’d be much obliged. In return we’ll keep the stories and photos flowing in as we explore the people and places that make up North America.

It will be a backroad adventure, because the bike is much happier below 65mph, and fuel economy improves drastically at speed of 55mph or lower. That means more things to see and more time to see it. Slower paced roads hold slower paced towns, people who have time to chat you up, and areas that often get left out of the national conversation, and state budgets.

As always we encourage you to sign up to our mailing list to get updates sent straight to your inbox. An email goes out automatically each Sunday with links to any posts. We also use our Instagram and Facebook page pretty regularly. And while you’re questing around the internet, stop off at the Veterans Charity Ride website and see how easy it is to help give wounded and amputee veterans the ride of their life. 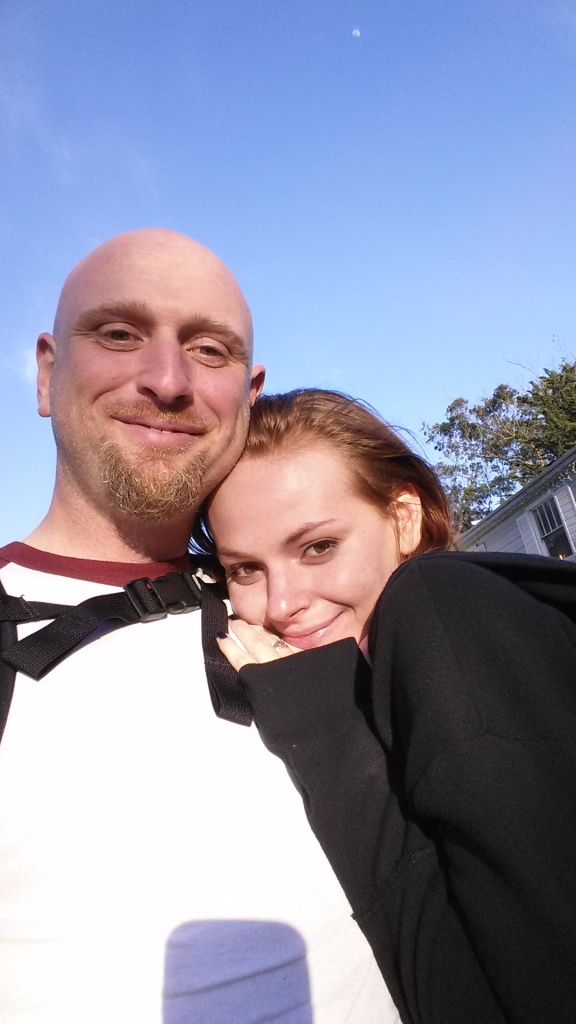